Homie provides laundry facilities for Ukrainian refugees in The Netherlands

Under the direction of the Rotterdam-Rijnmond Safety Region (VRR), municipalities in this region are preparing for the arrival and housing of initially a total of two thousand refugees from Ukraine. Some of these refugees have already been received in the region and the next wave of refugees is expected shortly. The refugees will initially be accommodated in crisis shelters, after which short-term accommodation will be arranged. After a period of up to three months, if necessary it will be determined where the refugees can be housed in the longer term.

For the shelter of this group of people there is a need for products and facilities. In cooperation with the Rotterdam-Rijnmond safety region, Homie places approximately a hundred washing machines and dryers at addresses in the region where these people will stay. The refugees and affected people can use these laundry facilities during the period they are staying in the Netherlands.

Safety region of Friesland and municipality of Waadhoeke

Likewise, In Friesland people are currently working hard to make a thousand shelter locations  available for Ukrainian refugees. The municipality of Waadhoeke in this province has made the village houses De Singel in Achlum and De Moeting in Tzum available as reception locations. Homie has placed a number of washing machines and dryers at these locations on March 22. On Sunday, March 27, the first group of refugees was received in the village halls.

Are you currently involved in a similar refugee project in the Netherlands and can we make a difference with our household appliances and services? Then please contact us.

Do you want to know what you can do for the refugees from Ukraine? On the website of Stichting VluchtelingenWerk Nederland you will find several initiatives of individuals and local organizations.

Do you need more advice?

Do you need more advice?

To offer you a pleasant user experience on the website and beyond, we make use of cookies. These partly consist of necessary cookies and cookies that help us improve our website and offer you a personalized experience tailored to your interests. This data is collected completely anonymously via scripting cookies. We hereby ask for your consent to the use of these cookies. 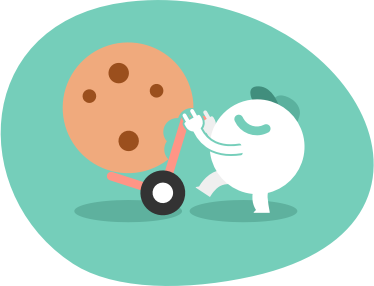